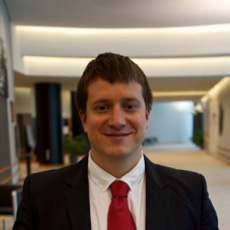 Peter Sarosi is the executive director of the Rights Reporter Foundation.

He is a human rights activist and drug policy expert, the founder and editor of the Drugreporter website since 2004, the author of hundreds of articles, co-author of several books, and director of films about harm reduction and drug policy reform.

He was the director of the Drug Policy Program at the Hungarian Civil Liberties Union between 2004 and 2015.

He has worked at international drug policy forums such as the Commission on Narcotic Drugs and was twice elected to the Core Group of the EU Civil Society Forum on drugs.

He is the co-chair of the Eurasian Harm Reduction Network, which he has represented at the government’s drug advisory body in Hungary since 2007. Sarosi has contributed to building the European Drug Policy Initiative, a network of advocacy NGOs in Europe.

He has provided technical assistance to NGOs and has launched several campaigns on drug policy reform. As a member of the Drugreporter video advocacy team he produced videos about drug policy issues in several countries that are now part of a unique online drug policy video library.